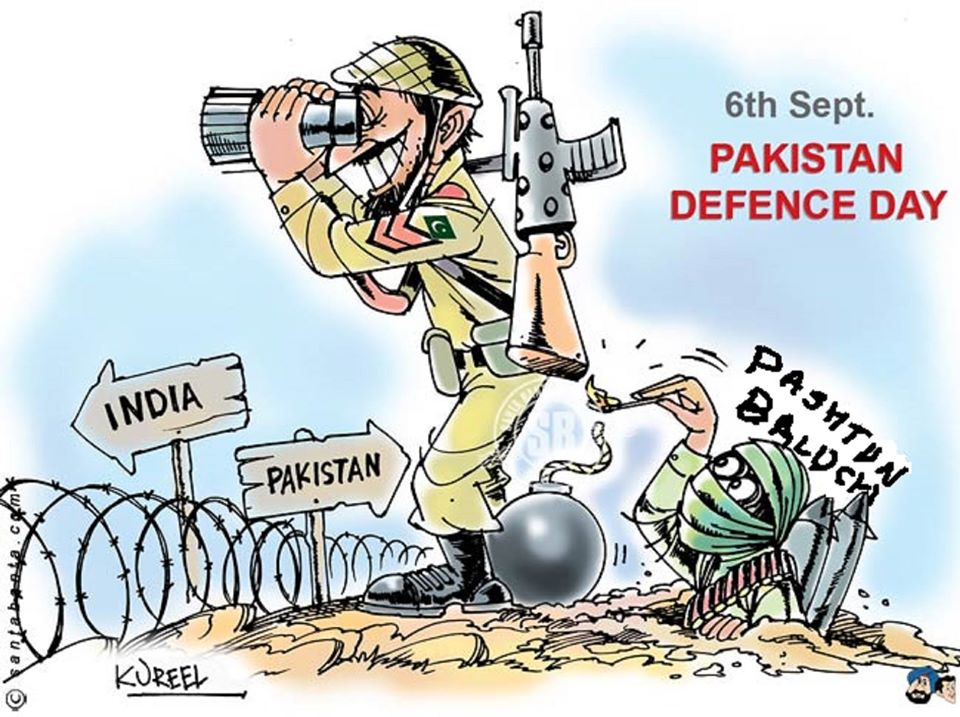 Copy Link Copied
PAKISTAN IS DEFENSELESS UNLESS FULL RIGHTS ARE GIVEN TO BALUCH AND PASHTUNS OR SEPARATED.
2015-07-06 19:31:00
Pakistan is the bully-boy of the STANS (Afghanistan, Hindustan - Arabistan and other Stans), in the present form it is disastrous for the region in the interest of few.

Being hijacked by its foreign supported Army, there is no easy solution to bring Pakistan from bullying to cooperation in the region, but to divide it in three parts, a Pakistan comprises of Punjab and Sindh provinces, a Baluchistan for Baluches and a Pashtunkhwa for Pashtuns.

It is equally important, that Punjab and Sindh stay together as Pakistan, because of their shared values of mindset, attitude, culture, economy and many other issues and geopolitically guarding the border between giant India and other smaller nations, I am sure, it will be backed by other nations.

The separation of Baluchistan and Pakhtunkwha is important, because from the creation of Pakistan till today, Baluch and Pashtuns having less shared values could not catch-up with the mindset of Punjabies and Sindhies, which made Pakistan to fight within itself, making life of Pashtuns and Baluchs miserable. Therefore, Pakistan is forced to keep the century old inhuman colonial rules such a FCR (Frontier Crime rule) as law, at the expense of million innocent lives in Pashtuns and Baluch lands and deterring the progress of other Stans as whole, just to keep Baluch and Pashtuns part of Pakistan. This made Pakistan and other nations hostile to each other in the region.

Under Frontier Crime rule, one third of Pakistani resident have no basic rights of – appeal, wakeel and daleel (the right to request a change to a conviction in any court, the right to legal representation and the right to present reasoned evidence, respectively).

In the present form Pakistan could not have internal peace and will be always hostile to neighbors either having ideological or territorial disputes. Look at Pakistan's neighbors, only China has a friendly relation, because of India.

Please remember that we are living in a natural region and ideological formation such a Pakistan, brought problems and failures to the region in the past and we have to refrain from that in future to have peaceful region. In our region formation that are based on history, culture, the mindset and shared values will be successful and cooperative as nations.