In 17 years, a very small but the elite portion of the 3 dimensions: Those fighting terrorism in Afghanistan; their supported Afghan government; and those fighting them back, found their ways to benefit from the Afghan war and they do not want the END.

Mr. President Trump, unfortunately in your Oval Office your strategy will be shaped by input and actions of these beneficiaries as you mentioned in your speech that you cannot follow your instincts while in the Oval Office.

If you want to win in Afghanistan make it possible to get the input of the 4th dimension the majority who are suffering: the millions of Afghans who are against all kinds of wars; your soldiers like https://www.facebook.com/blake.buchanan.148 and their families, they will show you the winning END.

Make it possible to meet a delegation of those Afghans who are not part of the above-mentioned beneficiaries, together we can help if you want the END. 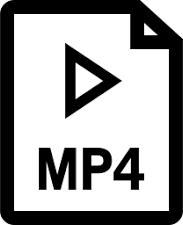