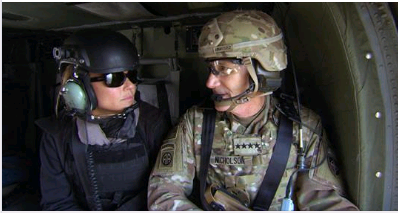 Mr. Ashraf Ghani remarks that he can not survive without US support is hurting and disrespecting every Afghan and our history as proud nation. He was voted to end war, corruption and poverty, unfortunately with his bad policies and weak governance those are badly increased.

In 2017 alone more than 25000 Afghans are martyred/wounded and millions badly effected. The strategy is damaging Afghans & US interest. Change is badly needed.

U.S. Army General John Nicholson actions in Afghanistan are not defeating the ideology, but increasing it base and support. Imagine the children, relatives and widows of above 25,000 affectees. By Afghan average of seven family member that means 175,000 people became revenge taking sworn enemies of Afghanistan government and those who support them.

One component of present strategy is good and appreciative to relive Pakistan from plying the double standards, supplying US army and harboring it is enemies, if you want to end the war this hypocrisy need complete end.